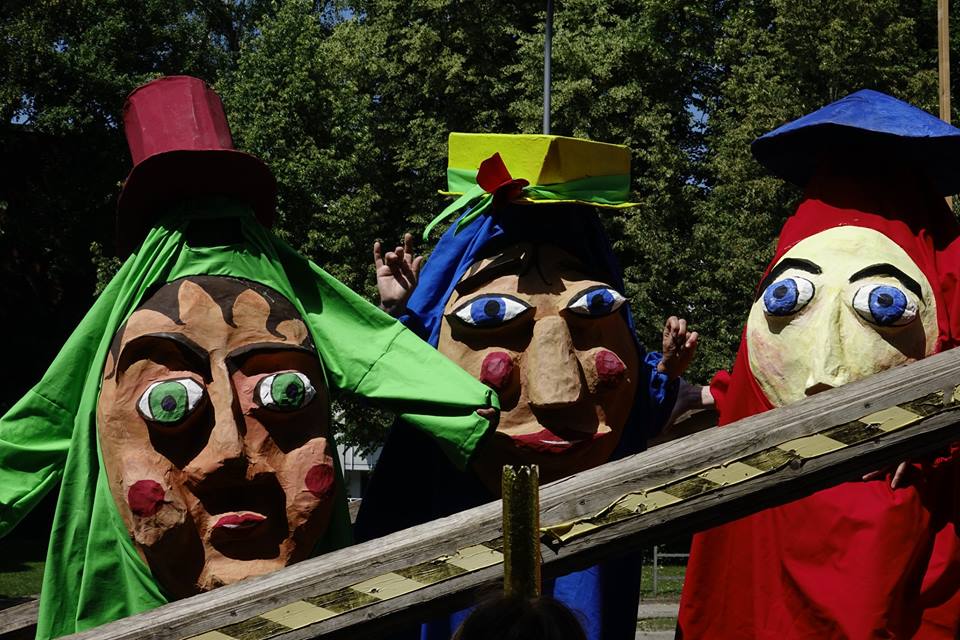 In June, Magdalena München joined the Freiraum Konvoi, a parade that aimed to highlight the ongoing reduction of free spaces within the city of Munich.

Such spaces are vital for a vibrant, creative society, and for social alternatives and experiments to exist within the ever more crowded city. The Kreativquartier, where Magdalena München began and has organised events since 2015.

Three Macanudos (Sabine Bollenbach, Cecilia Bolaños and Helen Varley Jamieson) joined the Konvoi, first riding on an orange truck then walking and interacting with the public watching the parade. These large colourful masks were made in the workshop with Deborah Hunt, and performed at the Olympia Einkaufszentrum in February. We hope there will be more opportunities in the near future to bring them out in the streets again, as the response from the public and others on the parade was great.

The Freiraum Konvoi was colourful, creative, crazy – there are more photos here.