The Magdalena Project at the IETM 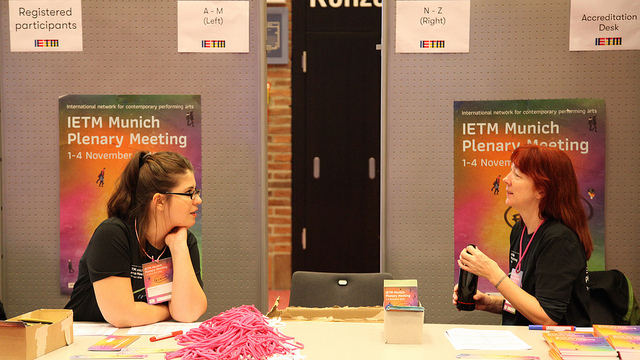 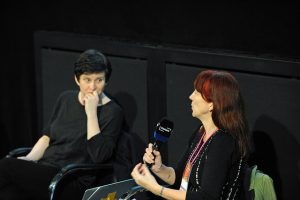 One of the panels at the IETM addressed the topic of “The gender of the future”: “Gender equality is far from being a reality, with more men than women leading companies and theatre institutions, it’s as simple as that. The reactions to this fact vary widely: women career movements fight for female leadership; others see this approach as just a replacement of one power system by another. The latter point out that new structures, e.g. in independent theatres, are less patriarchal for a structural reason. And the demands for quota in employment schemes are countered by the approach aiming to develop a new concept of intersectional diversity in cultural institutions.”

Helen Varley Jamieson presented the Magdalena Project on this panel, describing how the Magdalena Project puts its energy into creating a new feminist structure rather than fighting for more representation of women in existing patriarchal structures. She also discussed other feminist networks she is involved with, including Faces (women in new media and digital art) and the Eclectic Tech Carnival (feminist tech, art and activism network and event), as examples of alternative models.

Other Magdalenas from Münich who participated in the IETM were Sabine Bollenbach and Gina Saggiante Montero. There was a lot of interest from women attendees, and some who had been at previous Magdalena events.